Microsoft demonstrates Windows as a platform for small tablets, touch and mobility at COMPUTEX 2013

TAIPEI, Taiwan — June 5, 2013 — In his first COMPUTEX keynote address as head of Microsoft’s OEM Division, Corporate Vice President Nick Parker had plenty to talk about. Just over seven months after the launch of Windows 8 last fall, Parker hosted an impressive lineup of new tablets and PCs from leading manufacturers as well as smartphones, servers and embedded industry devices to demonstrate a consistent Windows experience across screens. He also spoke at length about the growing opportunity for partners to bet their business on Windows by building devices, services and apps that deliver new capabilities and experiences to customers.

“We want to be the best partner to all hardware manufacturers, from the way we engage and invest on new product designs to the experience we jointly deliver to customers,” Parker said. “This new wave of Windows devices from our partners, combined with our software, apps and services, reflects that commitment.”

Most notable of the devices Parker showed were the new 7-inch and 8-inch Windows tablets: the Acer Iconia W3 that launched on June 3 in Taipei, and three other small tablets from top original device manufacturer (ODM) and original equipment manufacturer (OEM) partners expected to ship for the holiday season. These small tablets provide a Windows experience with Office Home & Student 2013 delivering even more options to experience all that Windows can offer in a smaller form factor. Some of the other hardware innovation showcased including fourth generation Intel® Core™ processors available now, beautiful high-definition displays, rotating touch panels, near-field communications (NFC) for file sharing between devices and ultrathin notebooks. The breadth of innovation coming from the Windows ecosystem continues to expand and provide new ways for customers to interact with devices at home, on the road or in the office.

Tami Reller, chief financial officer and chief marketing officer of Microsoft’s Windows Division, joined Parker onstage to discuss how the company is building on Windows 8 and accelerating the delivery of innovation starting now with the upcoming update of Windows 8.1. This approach enables increased agility and quicker response to customer and partner needs. “Windows 8.1 furthers the bold vision of Windows 8 by responding to customer feedback and adding new features and functionality that advance the touch experience and mobile computing’s potential,” Reller said.

As part of this commitment, Reller announced that Outlook 2013 RT will be available on Windows-based ARM tablets with the Windows 8.1 update later this year. “Windows on ARM is a core part of our strategy today and moving forward, and the addition of Outlook further enriches this world of new on-the-go opportunities for partners and customers,” Reller said.

Later, Steve Guggenheimer, corporate vice president of Microsoft’s Developer Platform Evangelism group, took the stage to discuss the growing universe of Windows 8 apps and how apps are increasingly the key to bringing new computing experiences to life. He talked about how the Windows ecosystem provides symmetry for app builders across client, device, server and cloud, and showed an array of popular apps for consumers and business including “Temple Run: Brave,” Twitter, Foursquare, LINE, Adobe Illustrator and more.

Parker closed the Microsoft keynote address by showcasing a broad range of devices and demonstrated how the Windows platform and services work seamlessly across screens:

With the support of products and services such as Office 365, Skype, Outlook.com, SkyDrive, and Xbox Music and Xbox Video, Microsoft and its OEM partners can deliver a great experience across Windows devices from the enterprise to the classroom to the home.

COMPUTEX Taipei is the second-largest computer exhibition in the world, drawing a range of manufacturers and developers each year for a look at the latest upcoming devices and technologies. Microsoft products and OEM devices can be seen on display in the Microsoft booth in Nangang Exhibition Hall, L0110. More information is available at http://www.computextaipei.com.tw/.

Founded in 1975, Microsoft (Nasdaq “MSFT”) is the worldwide leader in software, services and solutions that help people and businesses realize their full potential.

Note to editors: For more information, news and perspectives from Microsoft, please visit the Microsoft News Center at http://www.microsoft.com/news. Web links, telephone numbers and titles were correct at time of publication, but may have changed. For additional assistance, journalists and analysts may contact Microsoft’s Rapid Response Team or other appropriate contacts listed at http://www.microsoft.com/news/contactpr.mspx.

via Microsoft News Center – News and Announcements from Microsoft http://www.microsoft.com/en-us/news/Press/2013/Jun13/06-05Computex13PR.aspx 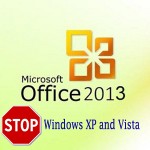 Microsoft unveils what’s next for enterprise IT