HDMI has created smaller connectors to bring the awesome High Definition Video and High Resolution Audio capabilities of HDMI to handheld devices such as smartphones, camcorders, portable media players and more. First came mini-HDMI, Type C connector, which reduced the size of the cross-sectional area of the connector tip by about 60% compared to the standard HDMI Type A connector.  Next came micro HDMI, type D Connector, which brings with it Ethernet data transmission channel and a further reduction of about 10%.

MICRO-HDMI is the smallest current HDMI connector.  It is supported on devices made by leading manufacturers like HTC, Samsung and Motorola on models like the EVO 4G, Galaxy S and Droid X.  More devices are on the way, including ones in new product categories like tablets and 3D Cameras.  Share movies, home videos, and photos on any HDMI equipped displays.

MINI-HDMI is the next smallest connector and can be found on many new high definition camcorders and high resolution DSLR’s by leading brands such as Sony and Canon.  Show off your photographic talents on any HDMI equipped displays. Very rarely found in smartphone or tablet. 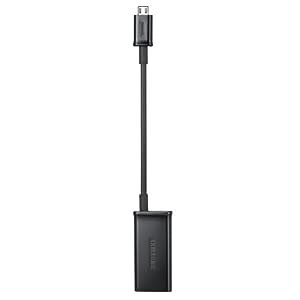 The MHL (Mobile High-Definition Link) Consortium was formed to develop a new mobile audio/video interface standard for directly connecting mobile phones and other portable consumer electronics devices to high-definition televisions (HDTVs) and displays. The MHL standard features a single-cable with a low pin-count interface able to support up to 1080p high-definition (HD) video and digital audio while simultaneously charging the connected device.

2) Display in Landscape only. May not be able to display in Portrait

Increasing Malwares in Android Smartphone in 2013

Android, the world’s preferred smartphone operating system, has a huge potential malware problems.  In fact, 99.9% of recent mobile malwares detected in 2013 are meant to hit smartphones, in keeping with a brand new report Read more…

Setup Office 365 Exchange Email On Andriod Device Step By Step 1. Choose the Apps –> Email 2. Click on the + 3. Key in the Email and Password, then choose Manual setup. 4. Choose Read more…

Manually Update Adobe Flash For Android Devices As announced directly from Adobe, Android will no longer support Flash Player to the latest version of the OS and then Google came home on devices not just Read more…